Cypher Studios and its team of experienced professionals offers individuals and businesses a cornucopia of pre to post production services to address the digital content and marketing needs of our clients and community. 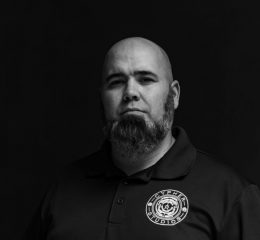 Founder
Founder and CEO of Cypher studios. For me Cypher studios is not about a place for me to work or to show off my talents, it’s a community of like minded creative entrepreneurs who have come together to forge a new path, a new path in career or in life. It’s a breeding ground for creative ideas and inspiration for growth. My story is just one of many you will find here at Cypher Studios because it is not just about me it is about WE. 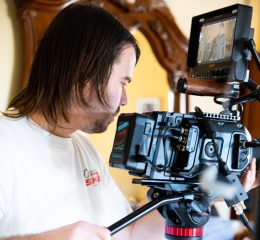 Director of Photography
Steven’s passion for video started a young age and quickly turned into a career. By his senior year of high school, he was working with esteemed directors and operating high end cinema cameras on set for clients like Verizon Wireless and DJO Global. While completing a filmmaking and digital media degree from the University of California San Diego, Steven opened his own production company, UDA Media, and later partnered with Cypher Studios. Steven is experienced with cinema and broadcast cameras from Red, Blackmagic Design, Canon, Sony, Panasonic, JVC, and more. 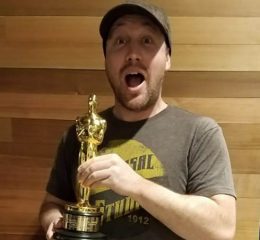 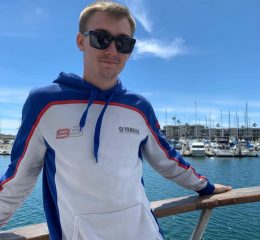 Team Operations and Expediter
A Marine Corps Veteran will be joining our team as the team Expediter, keep us going, on time on task and charging ahead. 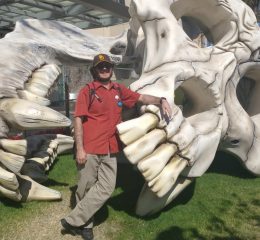 Audio Engineer
Ian Butterfield has joined us as an Audio engineer with experience in live event sound and lighting, he will be working with our Podcasting clients 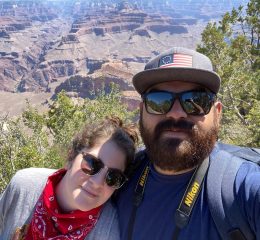 Our studio understands that people have different promotional and marketing needs; Cypher Studios has the key to help.

We are Story Tellers: We know it’s about more that just capturing a subject. It’s more than just a quick video. You have a story to tell, and we’re here to help you tell it with Cypher Studios. Our Vision is to Capture your Imagination.

We take the time to sit down with our clients in order to truly understand the vision and desire of each and every client. We deliver your vision utilizing only the latest, state of the art equipment.

Why We do it

Some often think of us as Super Heroes, We are always there whenever and where ever you need us to be. One of the benefits of Hiring Cypher Studios is that we are completely mobile from pre-production to final deliverable.

We know your goal is more than just a quick video, that is why we have a minimum of 2 operators on every shoot. Because we know you have a focus, and it’s our job to focus and draw attention to what is important to you and your customers.

We are available for consultations before, during, and after the shoot. We are looking to develop lasting relationships for years to come.

We can do it all. No really, if you can imagine it, we can figure out a way to do it. Test us!

What our Clients say about us.

Escondido’s little hidden gem. Wow- this company went above and Beyond. Shayn and his team are professional and really took their time to listen to our ideas. They took ours and added them to theirs. Hands down they achieved more than we could’ve ever expected. A+++++ in our book. I couldn’t believe how well thought out everything was during the filming. This company made it flawless. Thank you Drone Cameraman for giving us more than we ever expected. We will be back.

Gina B
Owner
Till Valhalla

I just wanted to take a minute and express my thanks for the incredible work I have received from the Cypher Studios team. Seriously, these guys are second to none. I’ve collaborated with them on several occasions, and have yet to come across anyone more professional, easy to understand, and well experienced as them.

I use Cypher Studios for all my short films. The production value it adds to my films far exceeds the cost. It was a pleasure to work with people that understand film making and also take direction well. A true creative collaboration. I almost am afraid to give a recommendation and give away my competitive edge, but these guys impressed me so much that they earned it.

Just a note on how wonderful this team is! If you are thinking of using aerial footage, I’d say do it! The flexibility is awesome and the possibilities are endless. I also want to thank Cypher Studios for the EXCELLENT support with setting things up and answering questions that I had. If you are looking for the best team of professionals WITH support, this is it!

I have worked with this company on several occasions for short films/video for my gothic artwork. They are super friendly, and professional and being that my style of art is sort of unusual and niche, made me feel comfortable at all times, and even offered ideas to enrich the projects. I would recommend to anyone

Searched online for a San Diego videographer and happened across Cypher Studios. I filled out their contact form on their website and within 20 minutes I had a call back. I spoke with Shayn and I could immediately tell him and his team were the crew for the job. Our business was in need of a professional video to use online as a commercial and these guys are as good as it gets. They arrived promptly on our scheduled shoot date, had their equipment prepared and ready to go, understood our goals, received our recommendations, and offered expert advice to make the final cut turn our masterful. Can’t say enough good things about working with them but I wanted to be sure I left them a detailed review. Thanks again fellas!

Let’s talk about your project?